b) QR Trading Optimizer is an algo trading robot that automatically :

We discuss here the Performance and Gains for 3 types of days, a weekday (Friday), a Saturday and a Sunday.

1. Execute Real-time Trading Optimizer to evaluate the Optimal Bids that maximize the net profit from generation and buy-sell in the market. These are the bids used by traders in trading.

2. Perform Back Test Trading Optimization: A few weeks after the trading date, the ISO publishes the Actual Offer Stack, Actual Bids, RTD prices and dispatch for all plants in the market. The system:

The ultimate and fair performance analysis of the optimizer value is to compare the Optimal Back Test P&L, and (with) the Actual or Scenario P&L via the Gain indicator:

To report the results, we divide the day in 2 periods, Off Peak, from midnight to 1 pm, and Peak from 1 pm to midnight:

Trading Optimization Payoff During Peak Periods
During the Peak and Off-Peak periods roughly the same generation quantities in MW are being optimized, but the optimizer gains are about 3 times bigger during Peak Periods, this is because spot and bid prices are higher during Peak hours and the optimizer has more room to play with in the offer stack and move prices higher.
Trading Optimization Gain
On the (an) average, the optimizer added a gain of 2.94 $/MW for every MW generated during Off Peak and 7.29 $/MWh during Peak hours. This means for every 1000 MWh optimized QR Trading Optimizer can create an additional daily profit of about $ 100,000:
Wear-and-tear Minimization

On a daily basis, the installed capacity for the 3 plants is 2,150 MWh. The optimizer decides to dispatch about 15,000 MW / 12 = 1250 MWh. Some of this capacity reduction is due to testing periods and outages, and some of it is due to the fact that the optimizer rationally plans for and uses the plants when economically profitable. This contributes to more harmonized dispatch and less wear-and-tear and maintenance costs.

2. Real-time and Back Test Optimization

ISOs typically publish the stack of offers and bids with some delays, e.g., 2 weeks. This data plays a crucial role in our bidding optimization model.

1. Real-time Trading Optimization
2. Back-test Optimization As explained above, a few weeks after the trading date, the ISO publishes the Actual Offer Stack, Actual Bids, RTD prices and dispatch for all plants in the market. The system then performs Back Testing runs to measure the comparative performance of various strategies as in algo trading. More precisely, QR Trading Optimizer:
The true and fair-trading performance analysis is the comparison between various scenarios and the Back Test Optimal P&L. This is what we call Gain:

These Gains are those displayed side by side in a Trading Performance Panel.

QR Trading Optimizer is used to implement, via on screen configuration, a bidding optimization model that meets all of the above requirements of the client.

a) Optimization model:
b) Bid Pricing Methods. The optimizer computes the volume and price of bids whose expected RTD and system price maximize net profit. The global optimization methodology used is genetic computing or pattern search. These start with some initial solutions and evolve them by some rules towards the optimal solution. QR Trading Optimizer offers tools to greatly aid and accelerate the evolution process:
c) High Frequency Trading. The above pricing algorithms work fine in a 60 min market as the resulting RDT would fluctuate and change at most once an hour, as bids change, allowing orderly planning for the plant and fuel. A different and more complex problem arises when we transition to lower resolutions such as a 5 min market. It is quite possible for 5 min bids to be accepted or rejected in sequences we can’t control. This could then lead to RTD fluctuations at 5-minute frequency. And this is a problem for the plant and fuel procurement.

d) QR Trading Optimizer has built-in algorithms that allow it to control the price of the bids evolving towards the final optimal solution. It does so by minimizing the risk of falling into an RTD fluctuation turbulence zone, while aiming to move the spot price in a favorable direction to maximize profit.

4. RTD Fluctuation of Actual versus Optimal

Extra gains can be only achieved by playing around with RTD. Typically, lowering RTD increases spot prices and hence the profit. If a plant maintains a steady RTD irrespective of market prices, the plant can’t be optimized. In other words, there is a mutual exclusion between a strategy of steady RTD and trading optimization. The 3 assets in this study operate in a 5-min market. The plots below show the RTD of the 3 plants, the actual on the left side, and the optimal on the right. It should be noted that in nearly all cases, the RTD of the plants, had the optimal bids been used, resulted in lesser sudden fluctuations and are therefore better for the health of the plan, while they also generated more profits. QR Trading Optimizer has many features, among which is one that sets the priority dispatch of plants in portfolio optimization models. This allows to set the order in which plants should be called in to affect the overall RTD and hence the spot price. This keeps the RTD of the other plants rather stable and uses one plant for optimization’s RTD adjustment.  You can see this on the plots below: 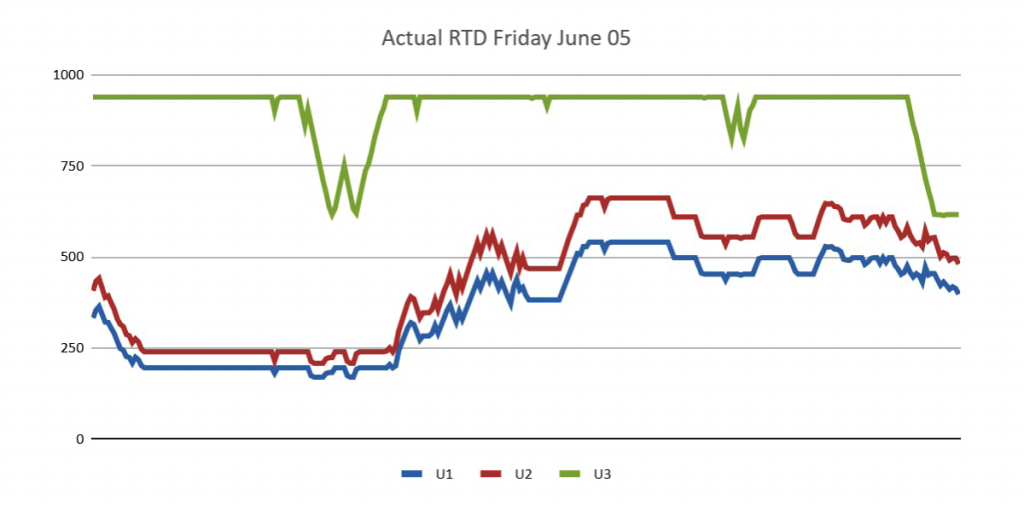 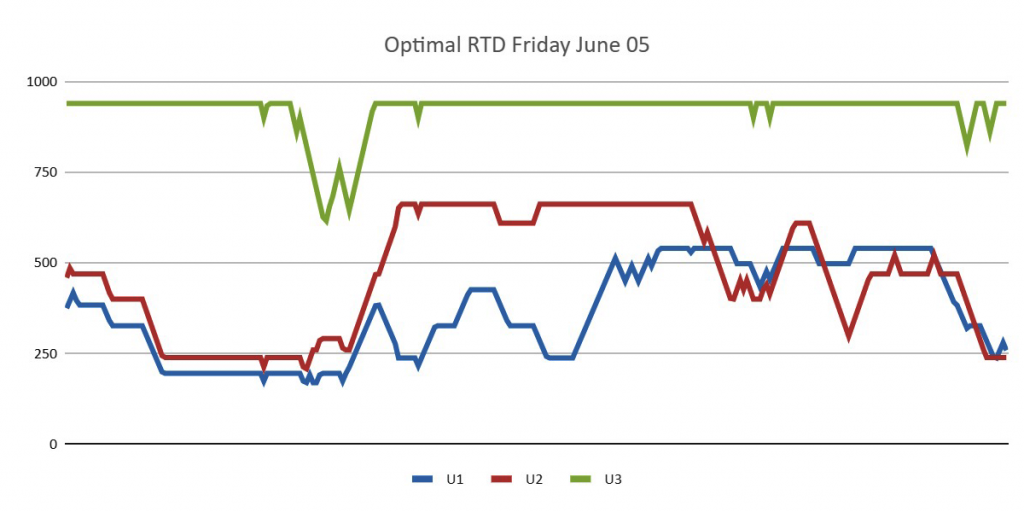 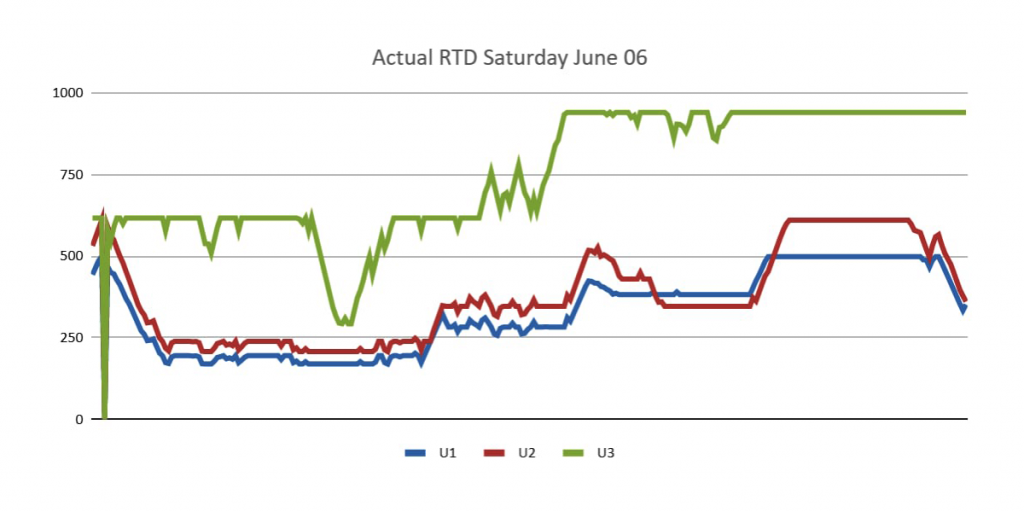 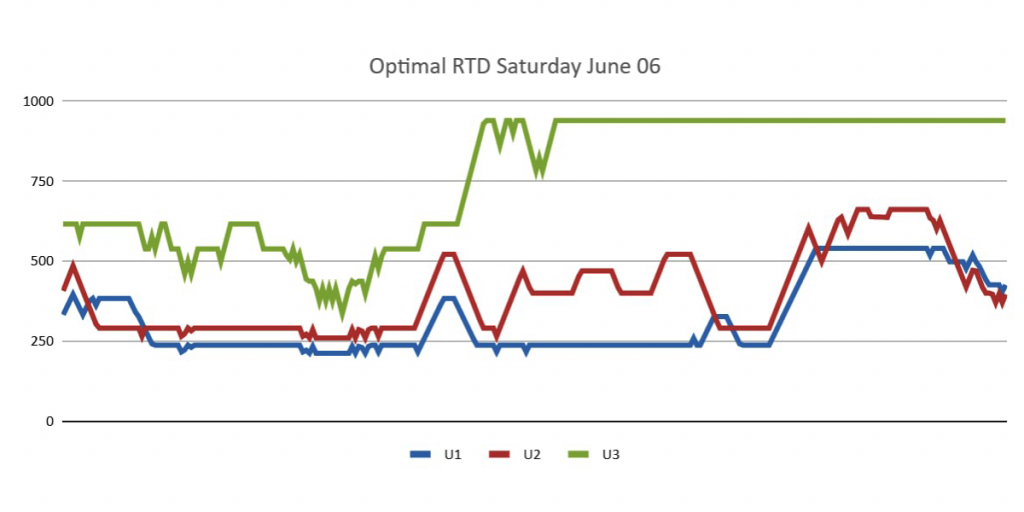 We look forward to exploring the range of options for your projects. Please write to us and one of our project managers will get back to you at once.
Contact us
PreviousDay-Ahead Utility Load Forecast

Our expert teams are here to help with any questions you have. Call or email today.

After thorough investigations, we commissioned a “Proof of Concept” implementation of QR System for a period of 2 months. The goal was to implement core functionality out-of-the-box. The POC was a resounding success in all its goals. The system was configured to handle wholesale trading, billing, invoicing and reporting, as well as our bilateral OTC power procurements and sample retail contracts. QuantRisk Platform delivered outstanding performance in all areas of functionality. The advanced analytics offered very impressive precision in forecasting load, and the dispatch optimization module was able to recommend very valuable trading strategies that we found to be possible to implement over time.
COO of a Utility Group

Lets Talk About Your Needs

We look forward to exploring the range of options for your projects. Please write to us and one of our project managers will get back to you at once.
Consult Us